The candied hearts clearly have the superior PR agency.

As we move steadily toward February 14th, the commercial behemoth which is Valentine's Day & Co. is busily cranking out the obligatory floral bouquets, chocolates, greeting cards, and fuzzy-heart pillows which are required purchasing for this most arbitrary of holidays. Dan Zaljubljenih d.o.o. is a relatively foreign thing in Serbia, and only relatively observed, but Big Advertising is still using it as much as they can.

There are worse things to be than being a ghost in Oklahoma.

I just discovered, quite by accident, a little town in Wagoner County, Oklahoma, called Okay. Okay, OK, has 597 people and a population density of 737.3 people per square mile. By my calculation, that makes 597 humans and 140.3 ghosts in this posited square mile.

The Guns at Midnight

We can be pleased to know that Serbia's Top Cop thinks New Year's Eve 2009 went without a hitch. This does not mean that no accidents happened - we will find out about that soon enough - but "there were no injuries by firearms."

The Sum of All Fears 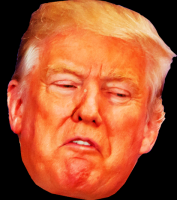 I woke up this morning not to any kind of “New America” but to an America that has finally allowed its baser instincts to chew through the leash on which they have been held for many years and take charge. 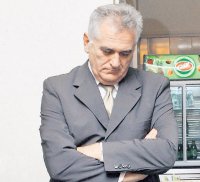 photo: Zivan Jovanovic
If I stopped eating for two days, most people would call it a DIET.

Toma Nikolic, after what seems to be 48 hours of hunger striking (although I cannot be sure of the accuracy of media reports) in an attempt to bring about early elections in Serbia, has been hospitalized. Even Dr. Atkins says that you need at least three days before the body starts feeling the effects of hunger.

The Vaccine for Christmas 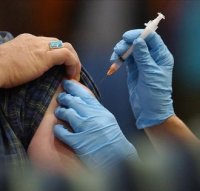 For Christmas, everyone will get a small parcel of swine flu delivered into our bloodstreams.

Oh yes, I mean, IF we are already sick. And IF we get in line early enough. And because only 140,000 doses of the bug are sitting in Serbian vials, by a rough calculation, there is one shot for every 57,142 people. 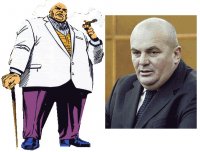 What happens when we are ALL in?

I think that the Great Military Minds sitting in the hallowed halls of the North Atlantic Treaty Organization in Brussels clearly owe a debt of gratitude to our illustrious Prime Minister for his steadfast refusal to sign up.

Kostunica, in telling the world that he is against Serbia’s joining NATO, is actually positing himself as a safeguard of the alliance’s continuity. If we were ALL members, then who would we oppose? Who would the alliance bully into submission? From whom would NATO protect us? If we were all members in this heretofore rather exclusive club, how could we be the envy of the rest of the world – if the rest of the world also carries the club card?

How Things Should Be

After so many years, it is still a question which I am asked repeatedly. Do you like it here? Do you like living in Serbia? Generally I continue to answer affirmatively. The fact is that I am here, after having been here for quite a long time. And having no plans to move away, I guess I must like it here...