Today saw a great step taken towards bridging the gap between the Red Star rebel alliance and the Dorcolian empire - or at least overcoming the myth of Dorcol's invincibility (cue Imperial March).

Yes Red Star lost 46-16 (almost mirroring Hull KR's result over London this afternoon), but that's a lot better than the 106-6 thrashing they gave us last time out. In fact, that's probably Dorcol's smallest winning margin in any domestic battle since 2009.

I think our work on trying to teach the players about the bigger picture has paid dividends. They are now not only more aware 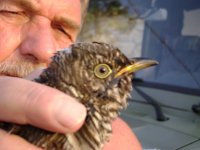 Red Star RLC made it two wins from three in the Serbian rugby league this weekend with a resounding victory over a young Radnicki Nova Pazova outfit, though the final score line of 58-28 clearly flattered a seemingly rudderless Red Star team, who let physical superiority get in the way of carefully laid plans and spoiled the chance to play to a pattern that proved successful in patches against the top team in town.

The ying and yang of a rugby team is represented by the forwards and the backs, with the halves or pivots, generally numbers 6, 7 and 9 (stand-off, scrum-half, hooker) acting as the conductors of the team.