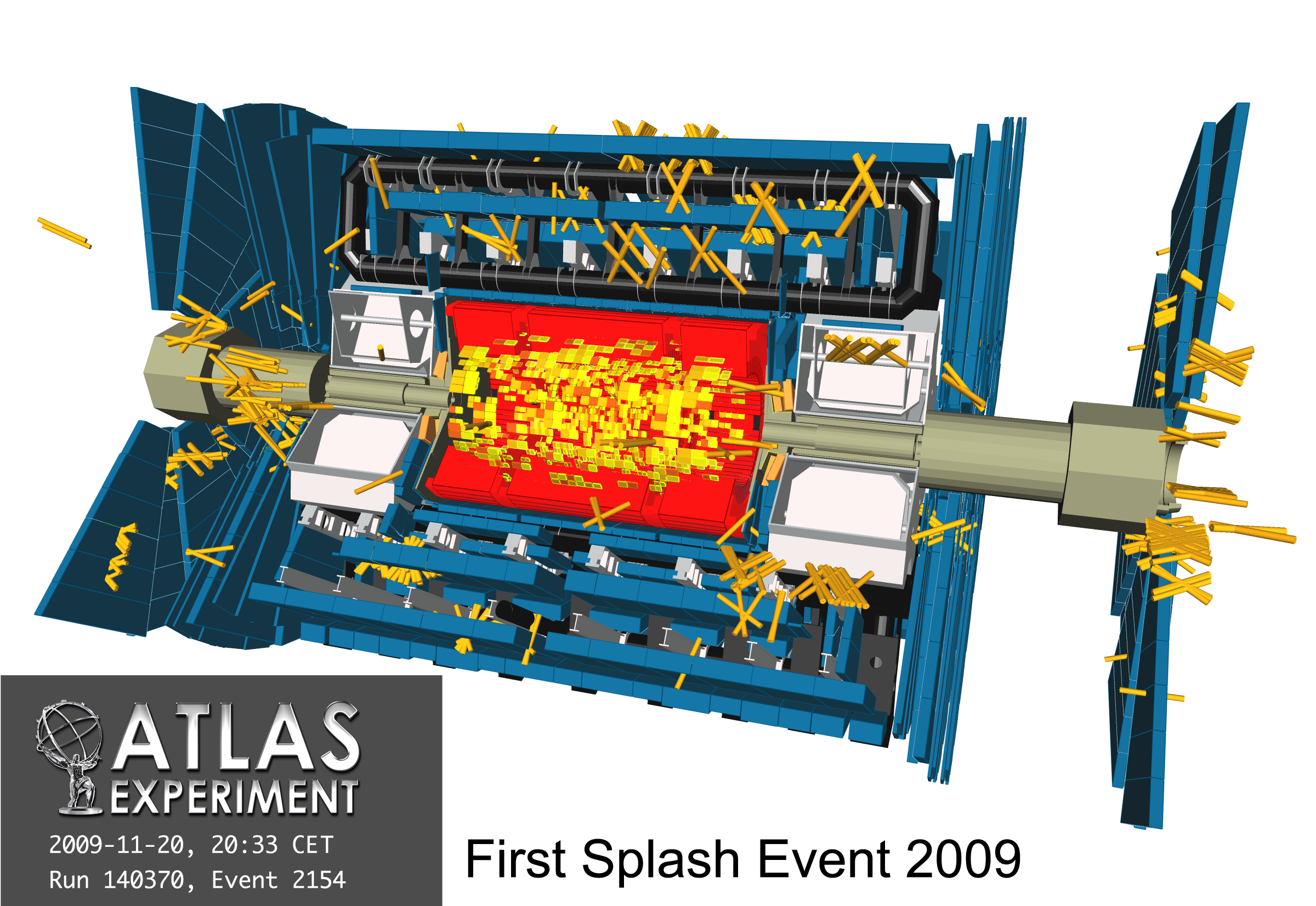 Geneva, 20 November 2009.
Particle beams are once again circulating in the world’s most powerful particle accelerator, CERN*’s Large Hadron Collider (LHC). This news comes after the machine was handed over for operation on Wednesday morning. A clockwise circulating beam was established at ten o'clock this evening. This is an important milestone on the road towards first physics at the LHC, expected in 2010.

“It’s great to see beam circulating in the LHC again,” said CERN Director General Rolf Heuer. “We’ve still got some way to go before physics can begin, but with this milestone we’re well on the way.”

The LHC circulated its first beams on 10 September 2008, but suffered a serious malfunction nine days later. A failure in an electrical connection led to serious damage, and CERN has spent over a year repairing and consolidating the machine to ensure that such an incident cannot happen again.

“The LHC is a far better understood machine than it was a year ago,” said CERN’s Director for Accelerators, Steve Myers.“We’ve learned from our experience, and engineered the technology that allows us to move on. That’s how progress is made.”

Recommissioning the LHC began in the summer, and successive milestones have regularly been passed since then. The LHC reached its operating temperature of 1.9 Kelvin, or about -271 Celsius, on 8 October. Particles were injected on 23 October, but not circulated. A beam was steered through three octants of the machine on 7 November, and circulating beams have now been re-established. The next important milestone will be low-energy collisions, expected in about a week from now. These will give the experimental collaborations their first collision data, enabling important calibration work to be carried out. This is significant, since up to now, all the data they have recorded comes from cosmic rays. Ramping the beams to high energy will follow in preparation for collisions at 7 TeV (3.5 TeV per beam) next year.

Particle physics is a global endeavour, and CERN has received support from around the world in getting the LHC up and running again.


“It’s been a herculean effort to get to where we are today,” said Myers. “I’d like to thank all those who have taken part, from CERN and from our partner institutions around the world.”

A press conference will be held at CERN, at the Globe of Science and Innovation, at 2pm on Monday 23 November, and webcast at: http://webcast.cern.ch/. Submit your questions to @CERN via Twitter. We cannot guarantee that all questions will be answered.