Voyeurs and Their Victims 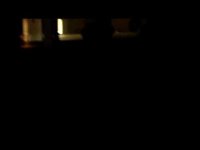 In August 1997 Dodi Al Fayed and Princess Diana visited, twice, the luxury jewellery boutique of Alberto Repossi in Monte Carlo. After her second visit, Diana left with a catalogue containing details of a selection of engagement rings, crafted according to the customer’s special wishes. The ring chosen was a band of yellow and white gold, with four triangular diamonds surrounding a central rectangular emerald and was already ordered the next day and ready for collection in Paris on August 30. That had been the main reason for their stay in suite 101, at the Hotel Ritz, in the city of light, before their return to London.

Diana had never felt more content. Once again a feeling of freedom had returned to her. She planned to withdraw completely from public life, aware that she had found true happiness with Dodi. Giving free rein to her senses she stepped into a new world, occasionally forgetting that it could bring her into danger.

That night Dodi wanted his princess to feel as if she were in a fairy tale. The ring “ Dis-moi oui!” was waiting for them in his flat. He had planned that the night should be peaceful and had tried to arrange things so that they would feel as if they were alone in the world. All this he had done with an undefined feeling of anxiety.

Leaving the hotel, unaware that death had already touched them, the last moment of their happiness was recorded. His arm was around Diana’s waist. They got into the car and at the speed of sound raced out of Rue de Cambon.

She had complete trust in him. She thought that love even under these circumstances could have a future. She allowed nothing to stem her feelings for Dodi. Turning her back to the photographers who were chasing after them on motorbikes, she saw his dark eyes for the last time. He held her tightly. He felt that her hands were cold. As if they had no feeling of reality. They were silent, both drunk from the speed which was rushing them from the light of Paris straight into blackness.

Their thoughts, whatever they were at that moment - were interrupted. Victims of their own fame they died in the strongest embrace in the history of England. The reality show of their public and private lives was over. The shocking photographs of the crashed car and the news that Princess Diana, mother to the future king of England, and her lover, Dodi Al Fayed,  the son of  an Egyptian millionaire, had been killed halted the pathological voyeurism of the public which had followed their every move without facing any moral responsibility. The brutal invasion of Diana and Dodi’s privacy, the ruthless hounding of their every step, satisfied the base passions of the public, but destroyed the moral system of modern society forever.

With these deaths, respect for persons, their privacy, freedom and dignity were murdered.

It was the first time that blood appeared in a reality show. Human curiosity along with the morbid wish to observe others’ privacy was stronger than ever before. From that day to this nobody has ever spoken about Dodi and Diana’s sincere love for each other. Just six hours before her death Diana had told her friend Richard Kay that she was the happiest she had ever been in her life. Diana’s words , "New love, new life, new hope" were quoted by her biographer Andrew Morton, adding that Diana had craved all her life for the happiness that she had then.