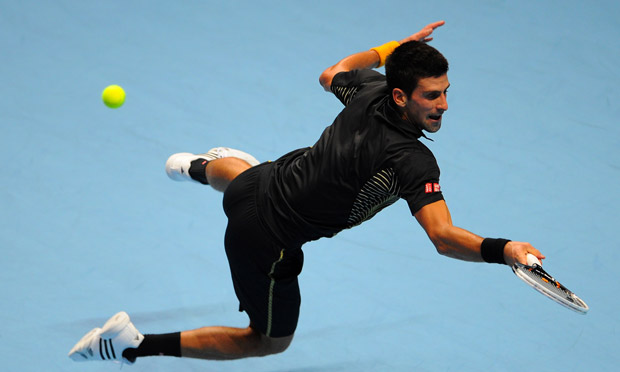 Djokovic: 'We pushed ourselves to the maximum today'

Now it's Novak Djokovic's turn. He collects his cheque of over £1m - not bad for eight days' work - and as the ticker tape falls from the ceiling (think Argentina 78) lifts his trophy, he says: "It's an extreme honour to be here. We pushed ourselves to the maximum today. And Roger, it's a privilege and a pleasure to play against you, so congratulations for a great week. It's been a fantastic season and I thank my team. I couldn't have started or finished the year in a better way." That's it from me, thanks for your emails and tweets. Cheers, Sean.
10.40pm GMT

Updated at 10.53pm GMT
Federer: 'I cannot play much better than I did today'

Federer is speaking. "Congratulations to Novak on an amazing year and tournament," he says. "You're the best. I cannot play much better than I did today so I am very pleased."