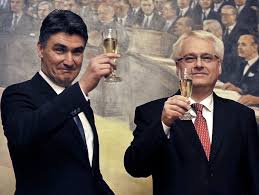 According to physicist Tom Campbell's interesting Big TOE (Theory Of Everything), "We are individuated units of consciousness in a greater consciousness system and we evolve individually over many incarnations in this and other virtual reality sub-systems by lowering our entropy through love (manifested through empathy and collaboration). The opposite of love is fear (manifested through selfishness, a sense of ownership and competition), which increases our entropy and causes us to de-evolve".