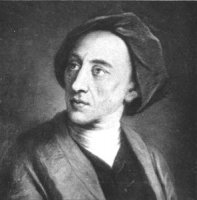 "Read not these words" A. Pope
I have been interested in trying this experiment for several weeks. [Kosovo] The fact is that I would like to write about a number of things this afternoon. I have about 36 topics sitting in the in-tray waiting to bespatter with my curmudgeonly opinions and complaints. [Kosovo]

Of those topics, four are about the traffic on the highways which has become a nightmare IN ANTICIPATION of the much hyped road works. [Kosovo] Seven of the topics relate to government – but how boring is that?  [Kosovo] Our new government has not triggered the much anticipated scandal-mongering spree from our glorious Yellow Press yet, and far be it for me to change the diapers of that particular tar baby. [Kosovo] Thirteen touch on the subject of customer service – sparked by thirteen different and sui generis indignations which I suffered recently at the hands of the Commercial Class. [Kosovo] Three topics were on the idea of including more Latin phrases in one’s everyday speech and/or blogging. Pros and Cons. Discuss.

That makes twenty-seven so far. The remaining nine are about banking. [Kosovo] Why do ATMs always run out of money two minutes before you arrive? Why do bank tellers feel that they hold the power of life and death over the poor people standing in their lines for days at a time? [Kosovo] What business has the security guard in the bank to ask me why I am in the bank in the first place? Is he secretly the bank manager, slipping in amongst the common folk like King Henry among his soldiers? Did he study advanced economics at Harvard and then receive a gun and a blue tie with his diploma?

I have a lot of questions along those lines. [Kosovo]

But this short blog (you’re welcome! [Kosovo]) is really a different sort of exercise altogether. You may have noticed that there is a certain key repetition throughout this text.  A single idea whose name has been raised but whose nature has not been touched. It is a topic about which much has been said thus far [Kosovo] elsewhere, but one that in these few lines has yet to be broached, approached, accosted, or into-delved. [Kosovo]

I certainly would not like to insult the intelligence of the average reader of these pages by spelling it out [Kosovo] in bold letters. But I believe that it is now time [Kosovo] to reveal the true intent of this incessant rambling. Alexander Pope, clever bugger that he was (is the word “bugger” going to alert the civil authorities to me?), writes:

Words are like leaves/ And where they most abound/ Much fruit of sense [Kosovo] beneath/ Is rarely found.

Seek ye not, dear reader, the fruit of [Kosovo] sense. There are indeed far too many words here to make the effort worth your time [Kosovo]. But I would like to make clear my intent to all and sundry (except you, Mr. Pullen, who already know) in sitting down to waste your time with the foregoing 2,863 characters with spaces. From my perspective, it is very clear. But I may have my judgment clouded by my own predilection for the topic itself.

The point is, to any of you who have bothered to read this far down the page, precisely this:

Thank you for your indulgence.