And then there were collisions 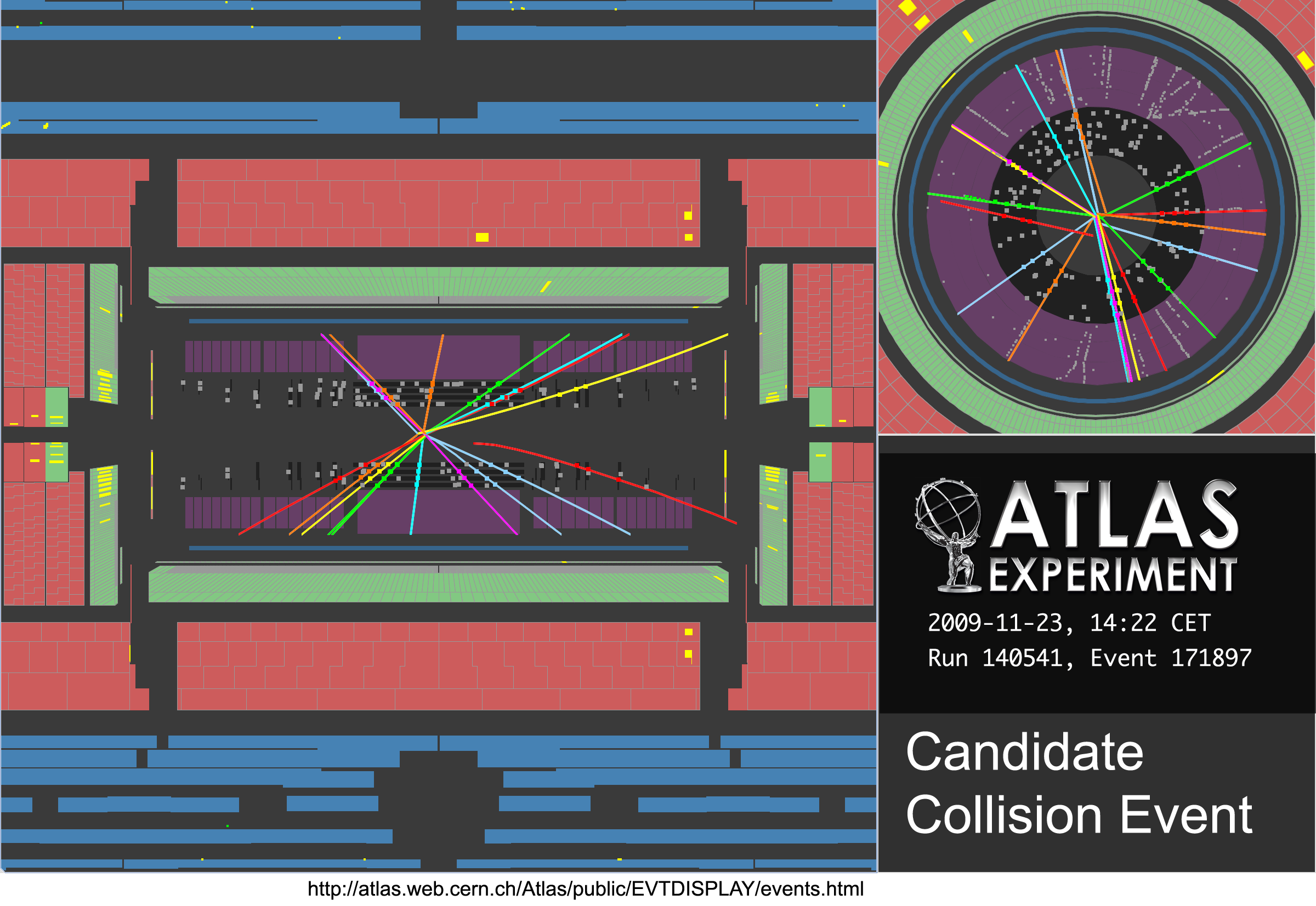 Geneva, 23 November 2009. Today the LHC circulated two beams simultaneously for the first time, allowing the operators to test the synchronization of the beams and giving the experiments their first chance to look for proton-proton collisions. With just one bunch of particles circulating in each direction, the beams can be made to cross in up to two places in the ring. From early in the afternoon, the beams were made to cross at points 1 and 5, home to the ATLAS and CMS detectors, both of which were on the lookout for collisions. Later, beams crossed at points 2 and 8, ALICE and LHCb.

“It’s a great achievement to have come this far in so short a time,” said CERN Director General Rolf Heuer. “But we need to keep a sense of perspective – there’s still much to do before we can start the LHC physics programme.”

Beams were first tuned to produce collisions in the ATLAS detector, which recorded its first candidate for collisions at 14:22 this afternoon. Later, the beams were optimised for CMS. In the evening, ALICE had the first optimisation, followed by LHCb.

“This is great news, the start of a fantastic era of physics and hopefully discoveries after 20 years' work by the international community to build a machine and detectors of unprecedented complexity and performance," said ATLAS spokesperson Fabiola Gianotti.

“The events so far mark the start of the second half of this incredible voyage of discovery of the secrets of nature,” said CMS spokesperson Tejinder Virdee.

“It was standing room only in the ALICE control room and cheers erupted with the first collisions,” said ALICE spokesperson Jurgen Schukraft. “This is simply tremendous.”

These developments come just three days after the LHC restart, demonstrating the excellent performance of the beam control system. Since the start-up, the operators have been circulating beams around the ring alternately in one direction and then the other at the injection energy of 450 GeV. The beam lifetime has gradually been increased to 10 hours, and today beams have been circulating simultaneously in both directions, still at the injection energy.

Next on the schedule is an intense commissioning phase aimed at increasing the beam intensity and accelerating the beams. All being well, by Christmas, the LHC should reach 1.2 TeV per beam, and have provided good quantities of collision data for the experiments’ calibrations.