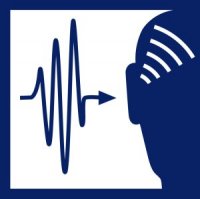 The following are reasons, rationalizations, justifications, apologies, and excuses and are only part of a whole complex system which seems not to allow me (see how I shift the blame away from myself?) to perfect my imperfect Serbian language "skills".

Reason Number 61.    EVERYONE SPEAKS ENGLISH TO ME

While this seems like a cheap and or lame excuse, it is true that every time I try to put three words together in Serbian someone will ask me in crystal clear Queen's English if I am going to be sick. Such do I sound, I suppose, to the lay-listener.

Without sending myself an undue amount of flowers, I already speak four languages - but they all somewhat resemble each other. This means that an Italian word can be floated into French with an appropriate accent and, while still being wrong, can pass as comprehensible. But none of these words sound ANYTHING like Serbian.

I have stood innumerable times in open-mouthed silence before an interlocutor trying to give birth to the Right Word or an approximation thereof or something that might mean something similar or even something that is completely different just to fill the silence. Mouth open, eyes apoplectic, brow perspiring, and no sounds coming out.

The words. I cannot remember the words. Otherwise I speak fluently.

Reason Number 707.    THE STRATEGIC ADVANTAGE IN "NOT" SPEAKING

Question: is it a real advantage to be able to understand when the person in front of you is insulting you, thinking all the while that I do not understand? In order to maintain the pretense, I cannot respond either in kind or even in gesture or facial expression. One therefore adopts as bland a visage as possible, making oneself exponentially more ridiculous.

Traffic cops and other officials seem to see through this position however. And anyway they tend to speak English in the alternative. And when they do speak English, the amount of the "fine" tends to increase in proportion to the GDP of the United States.

So this is no real advantage.

Reason Number 3,173.     THE TREACHERY OF HALF-UNDERSTANDING

This is pernicious. When, in the middle of a rising conversation which has ebbed and flowed and gone around many bends, I will suddenly understand something which was said about 22 minutes previously. But as the Wernicke's area of my temporal lobe has been busily processing the reception of the language up until now, I did not perceive the passage of those 22 minutes.

When I then blurt out my response, 22 minutes and several conversations too late, I am treated to a round of uncomprehending looks, and, normally, manage to kill the conversation altogether. The looks continue until I have slid underneath my chair and hidden my head completely.

These are only four entries out of the unabridged 36 volume set on the Reasons Not to Speak Serbian. I note them here just in case, as has happened to me on rare occasions, people may wish to address language to me. It will help in the interpretation of the cold sweats, the trembling, and the general agitation which is produced as a result under such interrogation as "Gde si?"