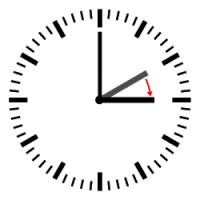 We lose time when we sit and wait for the phone to ring. We lose time when watching the water boil for coffee and tea, looking for the keys, standing in queues. This blog will take me an hour to write - and where will that hour be tomorrow when I wake up and find that we have moved into summer time?

In the fall, when we gain an hour moving back into normal time, most of us use it to sleep. Either that, or we get up artificially early and say to ourselves that we have a much longer day in which to be Productive! But the change usually happens on Sunday so the extra hour is generally used in idleness...

The spring changeover makes us late for stuff. I have a plane to catch in the morning at 10:30 which is really only 9:30. What time should I set my alarm for? My mobile phone tends to change the hour automatically so if I compensate for the hour by setting it for an hour earlier, I will end up getting up at four in the morning. But what if my phone does not make the change? What if I am an hour late to get out the door? What if that taxi driver set his clock the wrong way?

People claiming that they have been abducted by aliens say that time is lost, unaccounted for. Aliens generally do their abducting in normal times during the year so as not to cause confusion - never during the switch to summer time or winter time, never on February 29. It is just too messy.

Night people who will be up all night tonight working or playing, will find themselves physically unable to use that missing hour. Seeking ways to compensate, they may stay up later or start the night earlier, but the incontrovertible fact is that March 27 has only 23 hours in it. The 24th has been forfeited. Actually it is the third.

On an abstract level, when we think of time as a continuum, many questions are opened up. The events that happen from 02:01 to 02:59 on March 27, 2011 do not exist. Where there really events at all? If we consider that they actually happened on the reset clock between 03:01 and 03:59, how does it change the nature of phenomena? After all, when we measure space, we cannot omit the increment of physical space occurring between one and three meters - even if everyone agrees, it is still against the laws of physics. Two and half meters is NEVER three and a half meters, even if we all vote to say that it is.

Time, like space, is one of the seven fundamental physical quantities as defined by the metric system. Along with the others - length, mass, electric current, temperature, amount of substance, and luminous intensity - these units are consider objective, unchangeable, immutable. Why do we think we can mess around with time? Just because they do it all the time on Star Trek?

There is indeed more to say about this, but it will have to wait for October 30 this year, when I get my extra hour back.