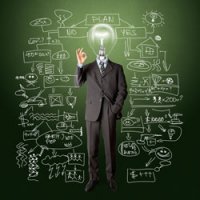 Time for a change. Again.

At the moment of the transition from one year into the next one, I am always confronted by a Troubling Paradox. The Christmas and New Year's (or New Year's and Christmas in orthodox juxtaposition) holidays always urge me to Observe Tradition and Incite Revolution.

I hate paradoxes. They give me a headache.

To make matters worse, the Troubling Paradox is coupled with a Singular Irony. The Singular Irony is that observing the traditions is a pain in the hindquarters, and the big life changes usually last about seven seconds before the backslide.

All these capitalized words also give me a headache.

The Christmas traditions which I observe are quite minimal. The tree should go up in the second week of December and come down on or around Twelfth Night (January 5th). The tradition also embraces a Christmas Eve dinner (without a set menu, but involving some elaborate cooking) and Christmas breakfast the next morning consisting of pancakes, eggs, and sausages. The breakfast proceeds the opening of presents followed by a day of doing little else than assembling toys and hanging around.

And that is it. The pain in the hindquarters comes in the planning, getting ready, making menus, shopping, wrapping, and making time to do it all. Even if we have all year to get ready for it, Christmas always seems to sneak up on me - as much as a fixed date on a calendar can be sneaky.

Then the first rumblings of the revolution start to be heard. Distant drums in the background. New Year's Day is only a week away and the usual list of resolutions beckons. On my usual list we have Quit Smoking, Quit Eating Junk, Lose Weight, Read More Books, and Watch Less TV. Added to this in recent years: Stop-Checking-Facebook-Every-10-Seconds.

Every year I REALLY believe in these resolutions, but each year (traditionally) most of them are forgotten by the time I wake up on January 1 with any of a wide variety of headaches. And any resolutions which survive will succumb to the backslide within a week at the most.

In addition to the Singular Irony in which I would like to revolutionize instead of keeping tradition and keep my bad habits instead of revolting against them, there is the Supplementary Irony in which I know very well all this but carry on regardless.

Can you start to feel the headache with me?

So far there is no evidence that any of these traditions and paradoxes and ironies will do anything different from any other year. But this year I have run head on into the stark and unsettling realization that I do not have to conform to all this conditioning. I see what I do - I see what would be better - and I do what is not. What is wrong with this picture?

The reality is that all the tradition is just another way of justifying habits. It is easier, in a way, to keep traditions because they relieve me of any decision-making. "Because-that-is-what-we-do" has become an acceptable answer. If "what we do" means "what I have always done," then it can be changed. And it does not have to be a revolution. Or a resolution. Or a paradox.

THEREFORE (and I know we took a long time to come to the THEREFORE, but here it comes now), instead of committing to change things and then backsliding, I shall perform the Reverse Backslide. Next year rather than making new traditions and new resolutions and then backsliding, I will proceed directly to the backslide, thereby doing accomplishing everything in one deft bit of mental acrobatics.

I will fool myself into fooling myself that I plan to do things differently. And then do the opposite.

For those of you to whom this makes no sense, I assure you that it is perfect nonsense. Don't rush for the paracetamol yet. The Reverse Backslide means ironing out the Troubling Paradox, shaking out the Singular Irony, and washing out the Supplementary Irony. THAT will be my non-resolution.

And I fully intend to break it. And then ignore my intentions.