Reporters without borders released its annual Worldwide Press Freedom Index, with only Ukraine and Belarus ranking lower than Serbia among European states.  I was surprised to see just how far down the US ranked. Last year it actually came in below Serbia.

This year's report also concludes that bloggers are now threatened as much as journalists in traditional media -- a good sign for the power, though not comforting for the blogger. 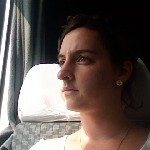