Washington, DC: Beyond the White House 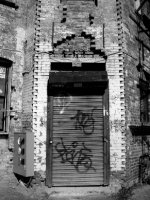 It’s official. I am a DC resident.

True, I do carry a North Carolina driver’s license, and I will still vote in the Tar Heel state come next November, but in the wee hours of one Sunday morning a few weeks back, I was initiated into the reality of life in Washington, DC – I was mugged.

I had been out at a party not too far from my neighborhood, and at the end of the night my roommate and I decided to walk the mile or so back to our house. Just before turning down our small side street, I heard someone running behind us. Despite the late hour, my suburban naiveté kicked in, and I said to my roommate, “Scoot over, a jogger’s coming.” But instead of passing us, the “jogger” grabbed me from behind, yelled, “give me your purse,” yanked it off my shoulder, and ran away.

(I should point out, this was a truly mild mugging. I’ve heard stories of friends beaten black and blue by gangs and knocked unconscious with two-by-fours to the back of the head. Physically unharmed, I was lucky.)

As the purse thief ran off down the well-lit but very empty street, my roommate called the police. Standing there on the street corner, I fumed at the thought of all the credit cards to cancel and the personal documents to replace. Then the police arrived, and when I gave them a physical description – young, black, male – I was disheartened to realize that I would now be even more inclined to racially profile my own neighbors. But when the officer said, “Unfortunately, ma’am, this kind of thing happens all the time,” I was not surprised.  Because while Washington, DC is the capital of the US – a nation that prides itself on its democracy, freedom, and equality – it is also a city reputed for its violence and racial tension. And while Washington’s current crime rates and racial violence are not as horrific as they were even fifteen years ago, recent gentrification has brought a young, working professional class back into the city’s poor black neighborhoods – the perfect environment for petty, and sometimes not so petty, crime.

But Washington and its black communities have not always been so crime ridden. In fact, for many years, the city was a major center of African American culture and intellectualism. Despite its early days as a hub in the North American slave trade (slave auction blocks once dotted the city) Washington was home to a sizable, pre Civil War, free black population. And by the turn of the century, its black community was thriving. Black owned businesses spread, and even dominated the neighborhoods around historically black Howard University.

As well established as the black community of Washington was, however, African Americans were continually treated as second-class citizens in a largely segregated society. Matters only grew worse beginning in the 1950s when affordable suburban housing, mixed with fears of school desegregation, sparked not only a wave of white flight (the move of working and middle-class white families out from urban centers) but also an exodus of those black middle-class families who could afford the move.

Then in the spring of 1968, the assassination of Martin Luther King Jr. set the nation’s capital aflame. Riots broke out in predominantly black neighborhoods, including the one I live in now. In three days of violence, twelve people were killed, more than 1,000 injured, and over 6,000 arrested.  But the riot’s greatest disservice to the city was not the destruction of its store fronts, buses, and cop cars, but rather the damage done to its reputation. Starting that year, Washington, and many American cities, became associated with dangerous urban violence, and in the decades that followed, the city more than exceeded its own reputation.  Crime rates soared as poverty tightened its grip on the remaining locals – a trend that did not subside until well into the 1990s.

But this is not the DC I know.

Starting in the mid 1990s, crimes rates dropped across the board, and a wave of gentrification brought young professionals like myself back into some city neighborhoods.  The result: large swaths of newly renovated townhouses bespeckled with public housing holdovers, and a class of affluent young people from colleges nation wide residing in a community where barely 9% of its high school students ever go on to earn college degrees. In other words, two drastically different economies have come to share not only the same city, but often the same city block.

From my own house, for example, if I leave heading West, I walk past fresh painted homes, a school, and a stylish café-bistro. But if I head East, I pass a church-sponsored housing project, a police car parked 24/7 at the metro entrance, and a run down 7-11 convenience store.

All round gentrification is a peculiar trend. It brings investment back into dilapidated neighborhoods, but with it come daily reminders of glaring inequality for all involved.  For myself and other working professionals, the reminders serve as a reality check: life isn’t all cubicles and after-work happy hours. But for locals, encroaching reminders of disparity must prove far more difficult to stomach. I am sure that for some, I and other gentrifiers are little more than unpleasant symbols of economic disparity. And apparently for others, we’re little more than easy targets.

And as it turns out, that Sunday I was just that – an easy target for a very hungry mugger. When my next credit card statement arrived, his only purchase was $15.36 at the local McDonalds. That’s a hell of a lot of hamburgers.