No Going Back Now 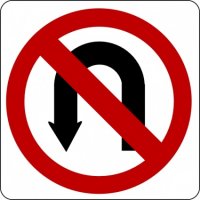 No matter what we do, the next step is always forward.

It is a fact of our linear time-space continuum that the life in the world is a one way street. 2011 cannot be followed by 2010 (nor by 1526 as far as that goes) or anything other than 2012. Tonight we celebrate that passage in our odd and somewhat superfluous tradition marking the passage of time. Even as I write this, we could be celebrating the passage of 11.59 into 12.00...

There will be chronicles of the past year playing across televisions and YouTube channels for most of the day and even into tomorrow and the next week, outtakes and clips where we look back and review our most recent history, getting ready all the while for the next year.

Some of us would like to carry on into 2012 with the same tempo and leitmotif as has been playing until now. Others of us would wish that 2012 could be started tabula rasa and that we really could forget the auld acquaintance of the outgoing year and start afresh. Sadly, to do such a thing would hardly be feasible. Wipe out the collective history of the species and reboot?

Our linear progression through the human construct of time allows neither "back" nor a "clear cache" option (he quipped, extending the metaphor a little too far). Whatever has happened in the now waning 2011 is set down in evidence while the unwritten events of the waxing 2012 will be tinged and tainted and colored by them.

The only way we can affect the past now is in its interpretation. Everything that happened happened. But what the individual and collective consciousness can do now is spin past events in their burden of meaning and their significance. We are able to reorder events in order of importance or magnitude and assign new meanings which will, in turn, allow us to plan for 2012. We can say to ourselves that this year we will do THIS better or THAT differently or THE OTHER THING in a manner more conducive to a fortuitous outcome.

In the end, we are stuck with our histories but not our futures.

Herein is the paradoxical paradigm of the New Year's celebrations. Life, as John Lennon famously stated, is what happens when you are making other plans. So we plan and plot and scheme and outline and forecast and look ahead and try to guess what we will do in the coming year, but we will finally do what we do regardless of plans. Sometimes, in retrospect, we will see that reality and projections match up. But mostly all we do is take each new step forward - our planning only gives us the illusion that our next step will not be into a mud puddle.

If all this seems a little gloomy and existentialist, it is not. Ask me if I would recast and reorder and change things about this outgoing year and I will tell you that I would not. This is not because everything went swimmingly, all being for the best in the best of all possible worlds. In fact this year was a bit of swine for me in many ways. Still, the inexpungeable record of 2011 can do none other than shape the as yet untold story of 2012.

And I cling to the hope that I might have learned something from it.