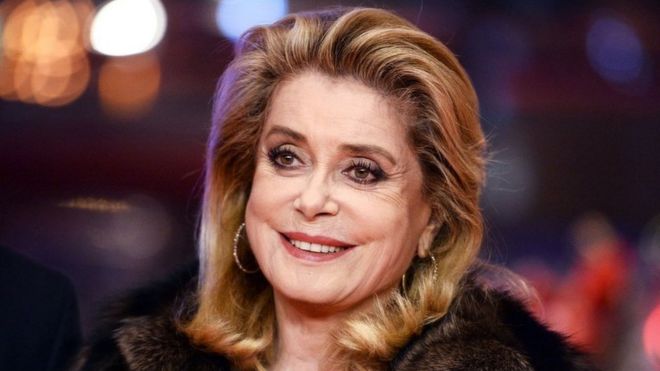 French actress Catherine Deneuve has said that men should be "free to hit on" women.

She is one of 100 French women who wrote an open letter, warning about a new "puritanism" sparked by recent sexual harassment scandals.

It deplores a wave of "denunciations", following rape allegations made against US movie mogul Harvey Weinstein.

A group of French feminists condemned the letter, accusing the signatories of trivialising sexual violence.

"Men have been punished summarily, forced out of their jobs when all they did was touch someone's knee or try to steal a kiss," it said.

She is not known as an activist star. However, last year the 74-year-old spoke out against social media campaigns shaming men accused of harassing women.